Foursquare vs. Swarm – What Your Hotel Should Know 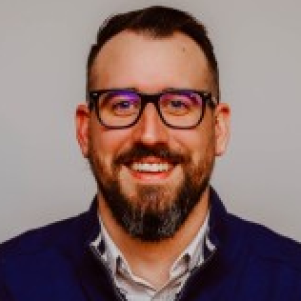 All social media and Internet startups continually refine their products and services to stay current and meet the ever-growing needs and demands of their users. Typically those refinements are aesthetic changes to the layout or added functionality within the current framework to enhance the user-experience. Foursquare’s latest changes to their app are much more controversial; Foursquare is completely rebranding and altering the purpose of their current app while also introducing a second app called Swarm. At first glance, this massive overhaul to Foursquare’s structure seems rather insane, but it may just be pure brilliance. In the paragraphs to follow, I will explore the difference between Foursquare and Swarm and provide insight into how your hotel should cope with the recent changes.

Why is Foursquare splitting into two apps?

Foursquare’s Vice President, Noah Weiss, recently told The Verge that they conducted a study to see how users were interacting with Foursquare and discovered that only 5% of users were opening up the app to find both friends and restaurants. This data inspired them to split Foursquare into two apps, each with a different purpose – Foursquare for finding places in the user’s vicinity and Swarm for finding friends via check-ins. By doing so, they simplified the experience for 95% of users, and the small margin of users who use the app for both functions will be able to easily switch back and forth between Foursquare and Swarm as long as they have both apps installed on their device. 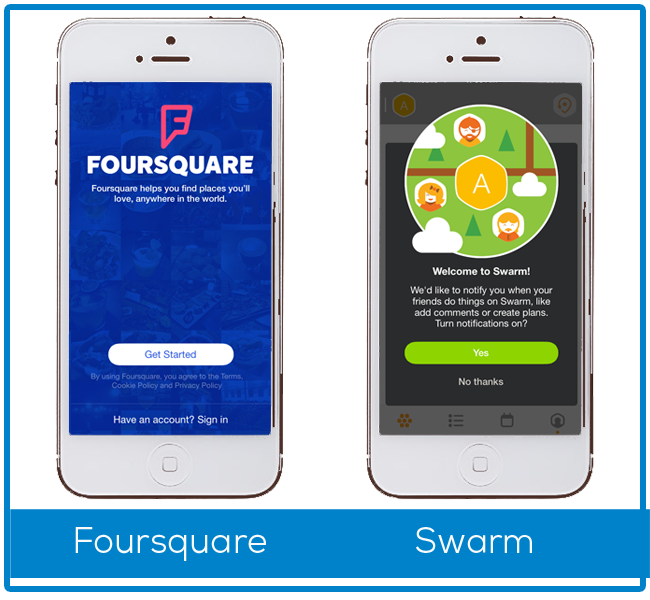 So, what exactly is Swarm and what changes can we expect to see?

What implications does Foursquare’s split have on your hotel’s social strategy?

With the recent changes, users can no longer check-in to places on Foursquare, so if your hotel has used check-in functionality in the past, you (or your hotel’s social media manager) should download the Swarm app immediately. You don’t need to do anything else on property to set up your hotel’s Swarm account other than downloading the app. Even though Foursquare and Swarm are separate apps, all information that is updated on Foursquare will automatically push through to Swarm. Therefore, you don’t need to worry about having to update each app individually; the update process is very efficient for business owners. For example, updating your hotel’s address on Foursquare will automatically update the address on Swarm. If your hotel does not currently have a Foursquare or Swarm account, simply set up a Foursquare account online and then download both apps.
Moving forward, it will be important to monitor user activity on both apps. Foursquare will now serve as a local search tool like Yelp. Users will be able to leave reviews about their experience and upload pictures. So, as with any online review site, it is imperative to actively monitor guest reviews on Foursquare and respond accordingly to both the positive and the negative comments. While users cannot leave feedback or reviews on Swarm, they will be checking-in to your hotel’s location to let their friends know their whereabouts. If the user chooses to connect their Swarm account to other social media networks, like Twitter, it will share Swarm check-ins on the user’s Twitter account. Just as your hotel monitored Twitter for Foursquare check-ins in the past, you should now monitor Swarm check-ins and initiate a one-on-one conversation to personalize users’ experiences.
Although the apps will likely continue to evolve, I anticipate that you will spend more time managing your hotel’s Foursquare presence than Swarm since that is where users are going to be leaving reviews, asking questions, and posting pictures. Your hotel should ensure that it has a strategy in place to monitor Foursquare regularly and take any necessary actions. Swarm should not require as much time and effort to maintain or monitor, as users will be interacting with nearby friends rather than exploring nearby places. But your hotel should make sure to encourage guests to use Swarm to check into the property because that will help extend your reach into their network of Swarm friends.

Will Swarm be a success?

While Swarm is still in its infancy, Foursquare has stated that over 75% of its users have already downloaded Swarm and are actively using both apps. As far as what the future holds for Foursquare, I will defer to what Will Smith first told Eminem when he began growing in popularity: “You will either be the biggest flop, or the biggest thing we’ve ever seen.” While that may be a slight exaggeration as to the fate of both Foursquare and Swarm, it also may be spot on. If Foursquare is able to contend with Yelp in the local search market and Swarm goes toe to toe with the check-in features of Facebook, Foursquare and Swarm could both be heading for success.
While the fate of Foursquare and Swarm remains in the air, one thing is certain, all restaurants, hotels, and entertainment establishments would be remiss not to utilize both apps to their full extent. Both apps serve an important purpose to consumers, so as long as consumers are searching for information, leaving reviews, and checking-in on both Foursquare and Swarm, business owners must ensure that users are finding correct and relevant information. Over the next few months as we begin to see how both apps mature and grow, we will be able to provide a more in-depth look into the opportunities for hotels on both apps, but for now we highly recommend downloading Swarm and seeing what all the buzz is about!

PrevPreviousSocial Media Guide: How To Get Your Hotel Team Engaged
NextBlue Magnet Interactive Wins Outstanding Website Award 2014Next
Share this post
"I wanted to let you know how much we appreciate your help. You are doing an amazing job and we’ve seen a huge increase of people recognizing our name and interacting with us due to our social media efforts."
Brittany StrosniderMilligan Events