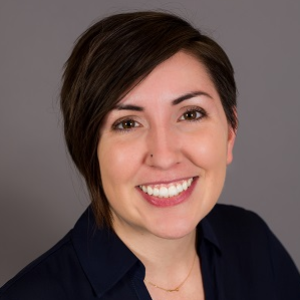 When IHOP temporarily changed its name to IHOb, the internet lost their minds.

No matter your reaction to the change, you cannot deny the strategy was pure genius. It grabbed our attention and drew us into the debate. Those who were against the change still provided IHOP with plenty of visibility for the product they were marketing, as well as their brand. Let us explore what your hotel can do to infuse some of these tactics into your social media strategy.

What’s in a name? Clearly a great deal because when IHOP changed its name to IHOb, the internet exploded with reactions ranging from excitement to pure horror. At first, IHOP was coy about their name change, simply changing the last letter in all of their branding from ‘p’ to ‘b’ and teasing their followers with what it could mean. They went a step further, running polls on Twitter that asked people what they thought the ‘b’ stood for and posted a series of video campaigns promoting the change. The response they received was overwhelming, as you can see below. 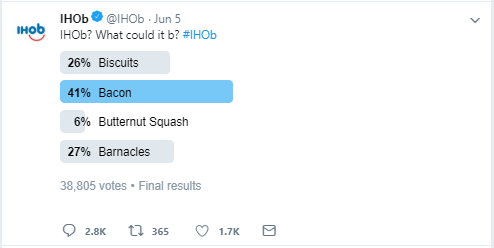 It was not long before big brands jumped on board, sharing their reactions to the name change and generating even more engagement. 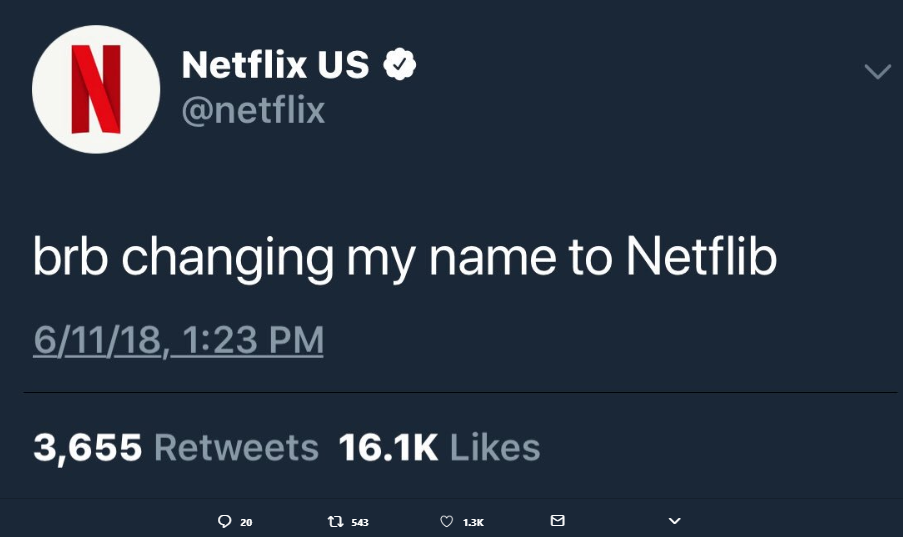 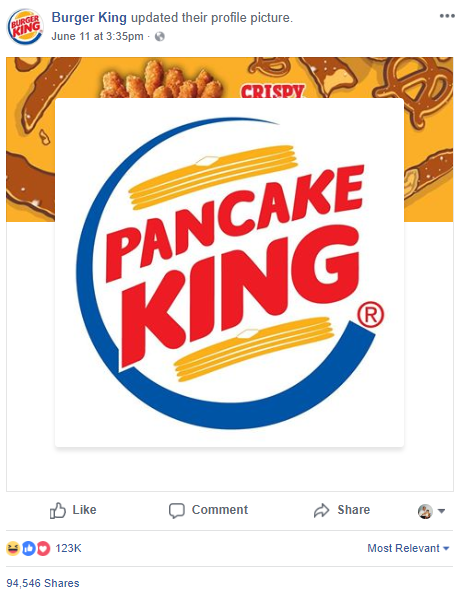 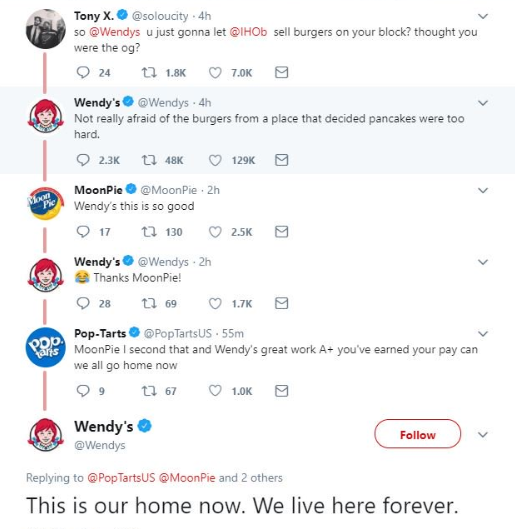 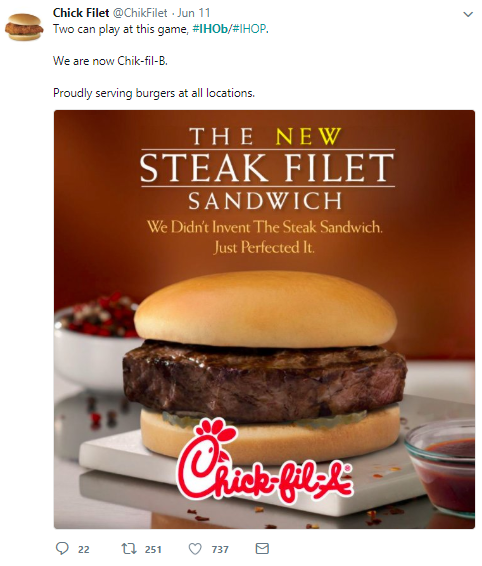 IHOP’s goal was to market their new burgers by changing their name to International House of Burgers. They not only accomplished this, they grew their followers across their social channels, gained a trending hashtag, #IHOb, and increased their visibility which increased their overall engagement. So what can hotels learn from this incredibly successful social media marketing story?

Don’t Be Afraid to Rock the Boat

While you should not disregard your brand’s social media standards, you should not be afraid to “rock the boat” once in a while and do something unexpected. Jarring your audience out of the norm can be an incredibly successful tactic to get their attention.

One way you could entice your audience and deviate from the normal mode of content is to create a poll asking your followers what they like best about visiting your area or more specifically, your hotel. Polls are especially successful on Twitter as Twitter has a built in poll platform. After the poll is complete, tweet the results with a fun comment. For example, if your poll asked whether your followers prefer white or red wines and red won out, you could say, “The winner of yesterday’s poll is…drum roll please…red wine!”

Get on Board With Themed Days

Themed Days are an excellent way to tap into your audience and engage them on social media. For World Emoji Day, we asked one of our client’s followers to describe their city using only two emojis. As you can see below, the results were fantastic as everyone wanted to take part in the fun. 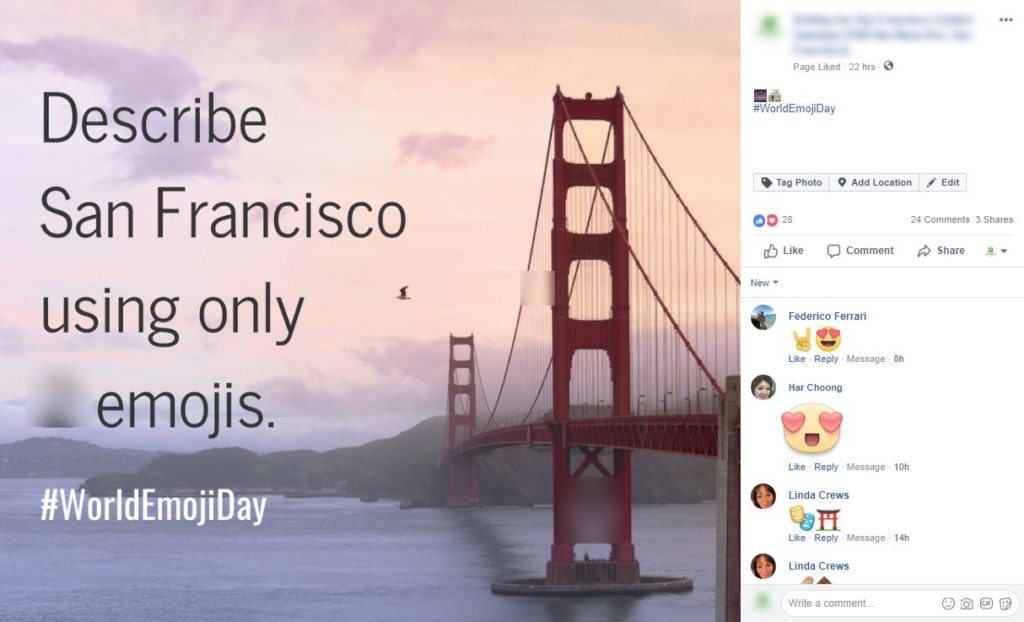 When you encourage people to be involved in something and give their opinion, you will almost always illicit a response, as proven above.

IHOP hit the mark with their copy throughout the IHOb campaign. You can too by being playful and putting thought behind your copy. For example, create poems, use song lyrics, or tap into current trends.

Using different types of media is one of the best ways to get the attention of your audience. If you are constantly posting static images or promotional graphics, try incorporating video into your strategy. Live video is an excellent way to engage your audience in real-time and provide a way for them to share in an experience. Below is an example of a live video we posted for a hotel’s grand opening.

In the 2 minutes and 47 seconds the video was live, it received 381 views. The average view time was 13 seconds, which is pretty impressive considering a person’s attention span is an average of only 8seconds.

Reach Out to Your Audience to Grow Your Network

We have discussed how it is imperative to consistently reach out to your followers in some form. One way to accomplish this is to frequently use calls-to-action in your copy. This opens communication between you and your audience and shows you are interested in their needs rather than just blasting your brand.

You should not only respond to users’ interactions on your social channels but also proactively reach out to followers both old and new to encourage conversation and cross-promotion.

This is why tagging other accounts is so important. Throughout IHOP’s campaign, they constantly tagged other users and businesses and responded to comments. For example, after IHOP changed their name, there were, of course, concerns as to whether the brand still did what they were known for – pancakes. 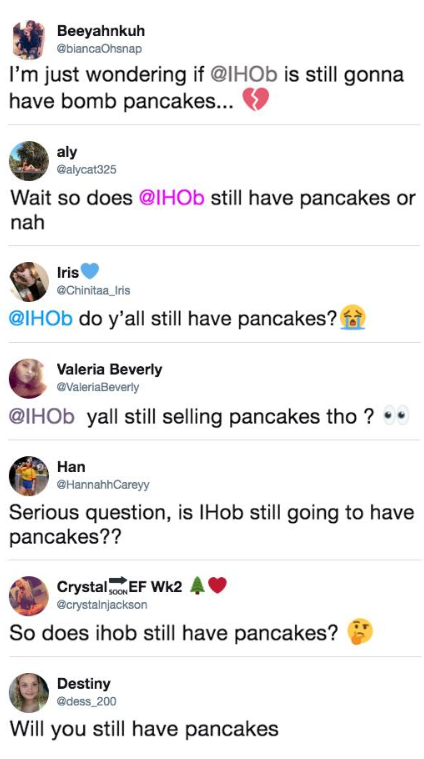 IHOP quickly responded with this tweetand a video to soothe concerns showing their audience that they were paying attention.

IHOP has gone back to their age-old name, but not without an indelible mark left upon social media. That being said, you do not have to do something as drastic as IHOP to make an impact and be a game changer on social media. Apply these tactics into your current strategy to stand out.

Take a moment to look at your social media strategy and see if you are incorporating these tactics. Blue Magnet’s social media team is here to help and we encourage you to follow our blog to avoid missing out on social media trends or digital marketing tips.

PrevPreviousCreating a Winning Digital Marketing Plan for Hotels with Independent Websites
NextOptimize to Maximize – PPC Landing Pages for MobileNext
Share this post
"I wanted to let you know how much we appreciate your help. You are doing an amazing job and we’ve seen a huge increase of people recognizing our name and interacting with us due to our social media efforts."
Brittany StrosniderMilligan Events